The Philip E. Marucci Center for Blueberry and Cranberry Research and Extension, a substation of the Rutgers New Jersey Agricultural Experiment Station, generates and disseminates research information directly applicable to the production of high-quality blueberries and develops new cultivars for industry.

The Marucci Center was first established at Whitesbog in 1918 under the direction of C.S. Beckwith. Although it was originated to focus solely on cranberry problems, research was gradually devoted to blueberries as the new fledgling cultivated blueberry industry developed. In 1927 the station was moved to Pemberton and then, in 1962, to its permanent new research facilities at Chatsworth, NJ.

The image below depicts a sensory evaluation panel of blueberry pies. Taste testing panels such as this are conducted to compare different varieties, or breeds, of a given product based on attributes such as color, flavor, and likability. These two varieties, ‘Coville’ and ‘Berkeley,’ were released by the United States Department of Agriculture and the Rutgers New Jersey Agricultural Experiment Station Fall, 1949. Since this picture was taken, many more generations of blueberries have been crossed, propagated, and researched. 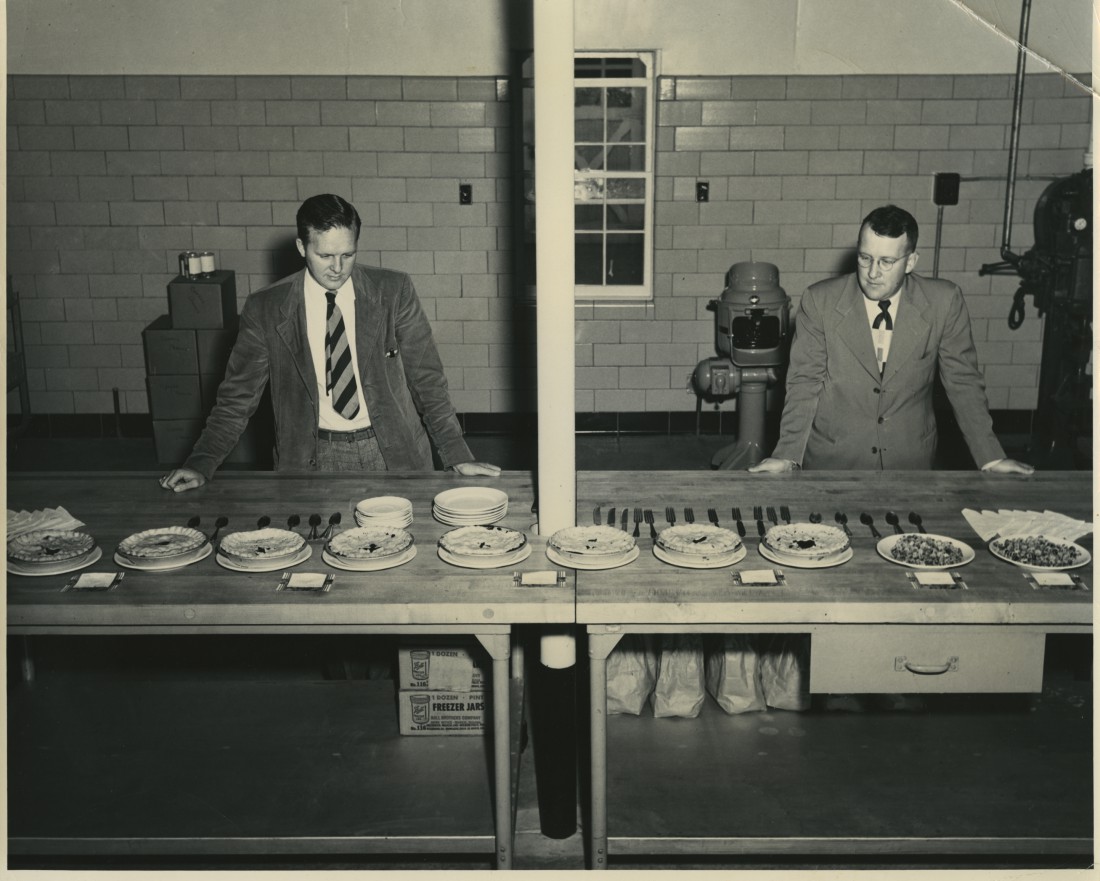 Today, the modern research facility, located in the midst of New Jersey’s blueberry industry in the Pinelands, is recognized by the federal government as the national Center for Vaccinium Research.